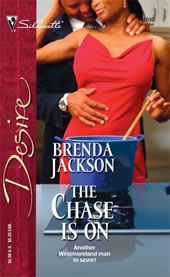 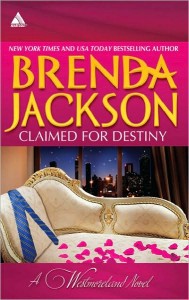 Hello everyone, Chase here. First I want to extend an invitation to any of you in the Atlanta area to drop by Chase’s Place for a great home cooked meal. We recently opened a Chase’s Place in Memphis and are looking to expand out west to Los Angeles. If you all recall my best waitress Donna left to go to college in Tennessee. Well, it seems she had an ulte…rior motive for doing that, which was to put a little fire under my cook Kevin. I didn’t find out until after Donna left that the two of them had been sweet on each other, however Kevin had been too slow in making a move. Well, Kevin eventually came to his senses and went after Donna. They married and are now living in Memphis. So yes, you guess it, Donna and Kevin are managing my restaurant in Memphis and are doing a great job. They are expecting their first child.

Now that I’ve gotten you up to date on that, let me move on to my family. Jessica and I have been married close to five years now and I’ve never regretted a day of it. Our love is sill going strong and the romance and passion are stronger than ever. We were blessed to have a son, Carlton Scott, who was named after both our grandfathers. I think the two of them would be proud. Carlton Scott is three.

I’ve expanded the size of my restaurant so it’s right smack next door to Jessica’s shop, Delicious Cravings. Jessica has expanded her business and now makes daily deliveries to other business as well and has a staff of six. Everyone loves her chocolate treats. Once and a while she mentions reactivating her attorney licence, but hasn’t made the move to do so. Whatever my baby wants to do is fine with me. And speaking of baby…we are expecting another and we’ve been told it’s a girl. Jessica and I are excited about having an addition to our family. We will name her Janice after Jessica’s mother.

We built a beautiful home in Buckhead and it has the biggest kitchen you’ve ever seen. We enjoy cooking huge meals and having the family over; especially during the Holidays. And then the kitchen is large enough for me and Jessica to have fun in…and I’m sure you know what kind of fun I’m talking about. I still love dipping her in chocolate and then licking it off her and making her my special treat.

Jessica’s father has returned after all these years and considering what happened to her mother, she hasn’t fully forgiven him, but she is trying. I’m here, protecting my woman and won’t let anyone, even her father, hurt her again. He’s in rehab and we’ll see how things pan out after that. She has a lot of hurt and resentment to deal with and get over and I won’t let her be rushed.

Jessica and I did a cookbook together, using the same publishing company my brother Stone writes for. The book did well. And a few weeks ago this television producer offered us a shot at our own food show. Filming won’t start till next year and we are contemplating the idea. but haven’t agreed to it. What do you think? Should we go for it?

Right now we are eagerly waiting for our baby to be born and giving Carlton Scott all our time and attention. After this baby we’d like another. Jessica wants three kids and I’m happy to give her as many as she wants.

As you know Jessica’s sister is married to my cousin Durango and her brother Rio is engaged to marry my cousin Megan. Each one of those Claibornes snagged a Westmoreland. Those Claibornes are smart people and Durango, Megan and I are just as smart in recognizing our mates for life. Chase’ Place still opens early and several of my family members are early-morning regulars.

We still visit Uncle Corey and Abby and enjoy taking Carlton Scott to Corey’s Mountain. My parents are doing great and my siblings are doing fine as well. We are proud of our sister Delaney who becomes Queen Delaney next year.

I hope you enjoyed this update and if you’re ever in this area, drop by. I’ll serve you the best meal you’ve ever eaten.

Memories for Eternity
Scroll to top