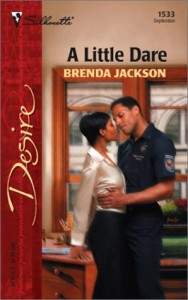 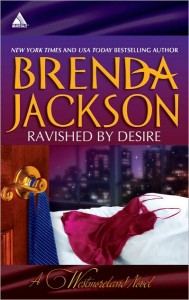 Hello everyone. This is Dare Westmoreland and I wanted to give you an update on how things have been going for me and my family.

First of all, my folks are going well. Thanks for asking about them. They purchased a RV and hit the road in it quite a bit along with my aunt and uncle. I’m still sheriff of College Park and Shelly still works as a home healthcare nurse, although she does it on a part-time basis. AJ will be turning 18 soon and will graduate from high school in the spring. Our daughter Allison is four and is definitely a daddy’s girl.

We told AJ the truth on his sixteenth birthday – that I’d known from the beginning he was my son. At first he wasn’t too keen on me pulling a fast one over on him, but the moment Thorn showed up with his birthday present, a Thorn-Byrd GS980, built just for him, he got over it real fast. It’s a beauty of a bike. Shelly and I were concerned that AJ would want to follow in his uncle Thorn’s footsteps and start racing motorcycles, but he made me feel proud the other day when he told me he wanted to pursue a degree in criminology like I did in college. He’s thinking about going to the University of Maryland. They are ranked #1 in the nation in Criminology. And he wants a career in the FBI or CIA. He’s come a long way from the 10-year old who hated cops.

Thanks to AJ, Allison is a tom-boy for now and owns her pony whom she likes to ride a lot. Shelly wants her to start taking dance classes next. It’s going to be hard for Allison when AJ goes off to college. The two of them are close. Shelly and I are happy with our son and daughter and don’t plan to have any more kids. AJ looks more and more like me and my brothers each day, and I am so proud of him.

We had a couple of problems when he started dating. For a minute we thought he had picked up his uncle Storm’s old ways, but he’s settled down to just a couple of girls. He claims he’s not serious about anyone yet…although the girls deem to be pretty serious about him. Now that he’s older he wants us to start calling him Alisdare, so we do most of the time.

My marriage to Shelly is solid and we’re still very much in love. We’ll be celebrating our 9th anniversary next year. I thank God each day for her and she will always be the love of my life. And yes, love is wonderful the second time around. When I look back over my life I still regret the 10 years I lost with AJ, and know they can’t ever be replaced. But my son and I have moved forward and forged a close relationship. And he has a close relationship with all his uncles as well. He still thinks Thorn is the bomb. For the past two years AJ’s been spending his summers on Cory’s Mountain. He loves it there as much as I did while growing up. And when he’s out in Montana he gets to spend time with cousins Casey and McKinnon and Durango and Savannah all their children.

AJ is driving and for his first car we got him a Chevrolet Equinox for his 16th birthday. He loves it. And he and his friends still like to hang out at Kate’s Diner. She’s updated the place. And Mr. Granger and Ms. Kate finally got married. It seems like everyone in town attended the wedding. It was about time since they had been sweet on each other for years. Mamie Potter turns 90 later this month and her friends are giving her a party. Shelly and I don’t plan on missing it. Ms. Mamie is still a pistol.

Shelly and I built our own home and made sure it had a high privacy fence surrounding the back. Once in a while we like to sneak out in the backyard and have some fun. Nothing wrong with being naughty every once in a while. Because I missed out on so much when AJ was a baby I really got into my father role when Allison was born. I loved doing everything – even changing dirty diapers. I wanted to be the best dad ever. Everyone says Allison looks like both me and Shelly. But I think she’s beautiful just like her mother. And I know I’ll probably be an over-protective father. But I don’t mind. Besides, I got my guns ready and I keep them loaded.

Shelly’s parents are doing well and they visit for the Holidays so we’re looking forward to them next month. Yes, I still coach the little league team. We’ve brought home the trophy more times than not. I’m still not a gambling man but I do play poker as usual with my brothers now and then. We’ve been to visit Delaney a few times, although I hated the long flight. Now that they’d all settled down and married, my other siblings don’t give me much trouble any more.

We’ve developed a close relationship with our Denver cousins and visit them a lot. And now that my cousin Quade lives in Charlotte, we get to visit him pretty often and hang out with his in-laws – those Steeles. They are a nice group of people.

I hope you enjoyed this update. It’s been nice knowing you for 10 years.