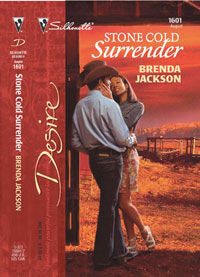 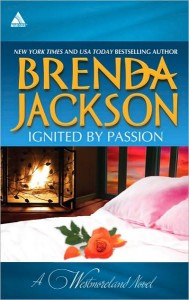 Hello everyone. This is Stone Westmoreland. Madison and I arrived in Atlanta earlier today. I was on a book signing tour in Minnesota to promote my latest action thriller titled, While She Was Weeping. It should be at a bookstore near you. Or there’s a chance my tour might bring me to you town.

I looked over all the questions …and I intend to address as many as I can. First off, I want to say that after almost seven years of marriage that Madison and I are still very much in love. Married life is great! And our son Rock is an extension of that love. He’s four now and makes me a proud father. As far as more kids….I’ll let you in on a secret. Madison is pregnant. Just found out a few days ago. We would love a girl this time around but we’ll be more than happy to take another son. The reason it’s a secret is because we haven’t told Uncle Corey and Abby yet. We plan a trip out there in a few weeks, before it gets too cold on the mountain. We plan to stay through Thanksgiving. Madison is doing better with the flying thing but won’t get on a plane unless I’m with her.

My book tour takes me all over the globe and now that Madison is doing the symphony concert circuit, we try to arrange our gigs in the same areas of the world. So far it works out fine. The only time I have to do a book tour is when I have a new release, which is once a year. I’ve written over 18 books now and all of them have made the New York Times Best Seller’s List. Several were made into movies and they did well at the box-office.

Right now I’m focusing on what I do best, which are action thrillers with no plans to write other genre’s. And I still only write as Rock Mason. You’ll be surprise how many people assume that’s my real name. I did a book signing with Rick Castle last year and we talked about trying to work on something together. Only thing, I do action thrillers and he does murder mysteries. But we figure that together we might be able to give our readers a breath-catching story. Rick is pretty busy with his TV show – Castle – and all. It’s been getting good ratings. Don’t be surprise if you happen to see me in a cameo appearance at the poker table with Castle and James Patterson.

If I could change anything, what would it be? The misunderstanding that almost had me lose the woman I love. But that’s all in the past. We’ve moved ahead. We live in both Boston and Atlanta, but mostly in Atlanta. Whenever Madison does her concerts it’s always a packed house. She has a gift with the piano and already she’s teaching Rock to play.

Someone asked why I named my son Rock. I did it because I thought it was fitting . He’s solid. Just like my love for his mother is solid. And yes, Madison and I have gone back to the cabin in Montana a number of times. In fact, we’re convinced that’s where Rock was conceived. I thought about writing about a murder on Corey’s Mountain but Uncle Corey talked me out of it. He doesn’t want anyone setting foot on his mountain to see if it actually exists. Abby has persuaded Uncle Cory to come down off his mountain more now than ever these days. They know how Madison hate flying and have no problem coming to us. Abby still has that business interest in Boston so she often visits us whenever she can catch us there.

Madison’s music is going great and she’s composed a few pieces for a number of well–known artists. She prefers doing symphonies and I feel so proud whenever she does one. My lady is so gifted.

All of you know I wasn’t in a hurry to settle down with a woman. In fact, when I met Madison on that plane I was trying to escape to the mountains in Montana for those very reason. That just goes to show that you can’t run, nor can you hide from true love.

We’re looking forward to visiting Delaney next year for the coronation. The baby should be born by then. Remember, news about the baby is a secret until we fly out to Montana and tell Abby and Uncle Corey.

It’s strange. With Abby and Uncle Cory married, that makes Madison step-sister to Cole, Clint and Casey, and step-daughter to Uncle Corey. On the other hand since she’s married to me, that means that Cole, Clint and Casey are also her cousins and Uncle Corey is her uncle. We often joke about it. But regardless, she’s a Westmoreland through and through, more than triple times over.

I enjoyed our chat and take care,